Is It Real? In New Music Video Rihanna And A$AP Rocky Got Married! 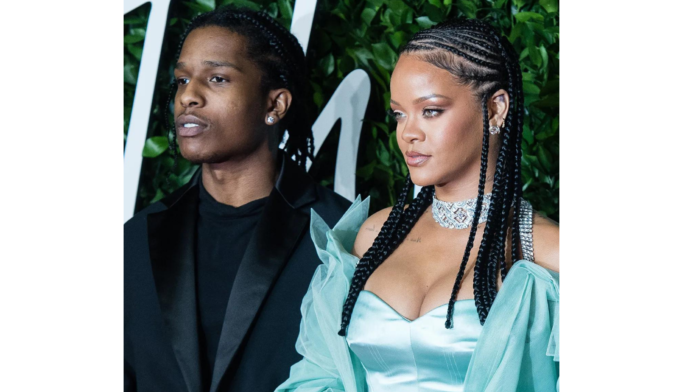 The fans of Rihanna are now in a dilemma about whether she is married or not? Furthermore, the followers of A$AP Rocky are also facing the same situation. Many have even commented on some posts online that the couple looks stunning together.

With social media ruling our lives in the modern-day, nothing remains a mystery for long. However, in the case of celebrities, things become more complicated as the viewers cannot differentiate between their reels and real lives.

In New Music Video Rihanna And A$AP Rocky Got Married!

The story began with some images of Rihanna and Rocky in the bride and groom’s attire. However, the picture was from their latest album. In the D.M.B. video, the two pretended to be newlyweds. In this music video, people saw incredible artists taking vows and marrying each other. However, the fabulous expressions made the viewers confused as to whether they were married or it was only an act for the video.

The singers are still not revealing about the matter. But why this secrecy? What are they hiding from the public?

Details Of The Music Video

The recent Thursday witnessed the release of the new single by Rocky and Rihanna, which portrayed them as bride and groom. The grill read “Marry Me,” and this was the proposal style of the marvelous rapper to his lady love. The stunning appearance of the beautiful singer in the red veil made the video more realistic and heart-touching.

The sequence was beautiful as the singer accepted their proposal of Rocky and said, “I do.” The phenomenal moment made all the fans go gaga over the music video. Moreover, the effect was magical with the melodious song playing. The sparking video lasted for three minutes, grabbing the attention of millions.

You can also see the splendid scenario of the guests welcoming the newlyweds as they come down the aisle. It happened when they threw flowers at the couple. Now the question is whether it is only an imitating act for the video or a hint of the real wedding? The red wedding dress looked ravishing on Rihanna as she went ready for the dream proposal moment. So, it was tough for the fans to identify whether the scenario was reel or real.

Although the music video of Rocky and Rihanna is still viral, the significant point to notice is that the shooting happened a year ago. As per the reports, the singer is currently expecting their first child. However, in one of the music video shoots of 2021, you can only observe the similarities in the outfits of both the singers. But none of the scenes indicated anything about their pregnancy with Rihanna.

Another thing that attracted the attention of many is the beautiful diamond ring adorning their finger of Rihanna. After a lot of hush-hush attitudes, finally, the singer revealed something really good in front of the public. This year, in February, she confirmed the news of her engagement.

Her paparazzi did not stop when one of the followers asked about the shining ring on her finger. While Rihanna was shopping in Los Angeles, the question came flying to her. However, the wise lady answered instantly that it was only an old ring. Moreover, she also told the person not to pretend as if no one had ever seen this piece of jewelry on her.

After repeated asking, finally, people’s apprehensions came true when the artist agreed that she and Rocky were now officially engaged and expecting their child.

In one of the recent posts of F-Kin Problems rapper, the bundle of joy can now come to this planet at any time. Hence, they seek blessings from all the fans for a healthy baby. It is indeed wonderful news for the listeners of both the artists. The recent baby shower was a rave-themes one and looked very impressive. Only a few near and dear friends and relatives were part of this occasion. However, such a beautiful post made millions of fans across the globe happy for the would-be parents.

There is no doubt in understanding that last year’s music video indicated that the singers were together. It was indeed a very smart move of both the stars not to reveal their personal relationship with the public. But they could not manage to hide the truth for a long time from their well-wishers. The news of their child made the fans very happy, and both the artists’ social media accounts are now flooding with innumerable wishes.

Walter Koenig is an American actor with a career spanning six decades. He is best known for his role as Ensign Pavel Chekov...
Read more